I believe President Duterte should have his own social media account owned and managed by no other than himself. Not his assistant, not his aide, not his subordinates but himself.

I’ll be stating five reasons why:

1. Direct contact. Having a personal public social media account that he controls on his own can serve as every Filipino’s direct contact to him. It makes him accessible to the people without risking his physical self.

Despite that there could be chances that he will miss to see messages, there are still chances na mababasa niya yung mga may gusto sabihin and iba parin yung siya mismo ang nascoscroll at nagbabasa than having his aide scroll and read then have his aide filter things out and have the messages his aide liked or chose to be relayed to him. 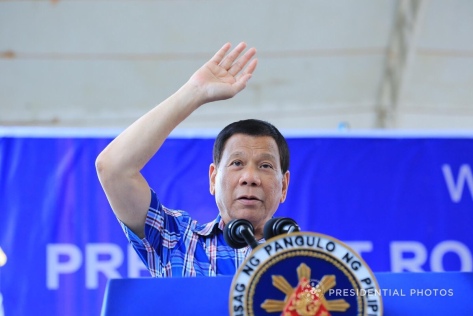 2. Awareness. Having his own social media account can raise the president’s awareness to what is really the situation in the social media. It is also one method for him to keep an eye to his subordinates and regulate them. With this, he can really see and monitor with his own eyes kung sino ba talaga ang mga naninira, nagpapagamit, namumulitika at nagkakalat ng fake news. It’s about time!

3. Clarification. The president can clarify vague issues, correct misleading headlines, call out misinformation if he has his own social media account because the people and his audience are more likely to believe an information that comes directly from him instead of the information written by the mass media and mainstream media.

4. Accuracy and credibility. The accuracy and credibility of an info is higher if it comes directly from him, typed by himself or said by himself instead of having a certain organization, person or group to post or say it for him because I believe there are times that his people slightly twists his words and use it for their own benefit. I can’t be the only who notice how a lot of people suck up to him for their own political agendas and benefits. Sick!!

5. Central source. Having his own social media accounts can give the people a central source of legitimate news about him and his administration. If you are a supporter of the president, will you question the legitimacy of an information that comes directly from him? I don’t think so.

Compare that case to seeing updates and news about the president through some big pages who you clearly have no idea who controls or some pro-Duterte bloggers who can’t just settle with stating facts and keeps adding more infos to make things even more impressive than to what it really is.

Wouldn’t it be better to get the answers to your questions directly from him instead of having your questions pass through so many people before it reaches him?

I don’t think it would be that hard? Trump is doing it with his separate account and the @POTUS, Obama did it too when he was still the president of USA, Widodo has a personal Twitter account as well so why can’t our own President Duterte? I believe he can and he should.

I tend to see a lot of people online showing their support for press freedom and then following it with some random statement in support with Rappler. Sure, I don’t think there is anything wrong with supporting press freedom. We don’t want another flawed type of Marcos dictatorship in the country again, do we?

Some staunch supporters of president Rodrigo Duterte probably hates me right now because I support this press freedom campaign and idea but I assume they only hate the idea of it because they think it’s mainly to support Rappler after SEC sued them regarding their alleged violation of the constituitional and statutory Foreign Equity Restriction in Mass Media enforceable through rules and laws within the mandate of the Commission.
Sorry I had to copy paste that part but in a less lawyer definition, it means that a mass media such as Rappler, by the constituition, isn’t allowed to be funded by a foreign company or to give commission or owe a foreign body. The mass media should 100% be owned by a Filipino. However, according to an investigation of the SEC, (which I don’t think was detailed out on public yet) Rappler was partly owned by this foreign company called Omidyar Network leading the government body to revoke Rappler’s license to operate. This has also been the basis of SEC’s order to investigate on Rappler’s Philippine Depository Receipts (PDR) for further proofs.
What is a PDR even? A PDR is an investment in a local company where the holder has the right to earn without having an equity stake.
The first time I heard about this issue, I’m in favor of the idea of giving Rappler a chance to prove themselves and that they didn’t violate any law as to what SEC is accusing them of. I was also further in favor of Rappler when the breaking news appeared saying that Rappler’s license to operate gets revoked by the SEC after this unexpected investigation. As an initial reaction, I thought “Why aren’t there any warning? Why did they just jump into the worst punishment of closing and revocation of license instead of giving a warning?”
I was on Rappler’s side for a moment but after reading more articles and seeing the way they respond to this issue, I started to change my mind.